It's All About The Sauce!

In 1984 Buddy Miloyevich and his sister Yvonne prepared to open a new restaurant in Windsor, Ontario, Canada, in the house they grew up in as youngsters.

The home was their grandmother’s, Vukosava Todorovich, which her grandchildren affectionately called Bubi (Buh-Bee). The fond memories of family and food within Bubi’s house mandated the restaurant be called none other than Bubi’s Awesome Eats®, in her honor. This restaurant needed to be different and gourmet. Fate introduced a friendly chef. Chef, who enjoyed his ‘bubbly,’ offered three unique salad dressing recipes. One very ‘bubbly’ day, Chef, with frenetic energy, concocted a massive 2 liters of each dressing. The last creation, attempting to be a spinach salad dressing, was loaded with more than a handful of fresh garlic. It was delicious but dangerously potent! Chef, bid a wobbly adieu, slurring, “Not to worry; everybody loves garlic!” What to do. Buddy and Yvonne, always innovative, began to “Fix” Chef’s potent dressing. Adding, subtracting, testing and tasting, Boom, the light bulb lit.

“Hey! Let’s use this sauce on the hamburgers! We’ll call it, Bubi’s™ Sauce!”, and the rest is “Garlic History!” Inspired by garlic, made with love, our Garlicky Good creation became a Bubi’s Awesome Eats® staple, featured on the Food Network. 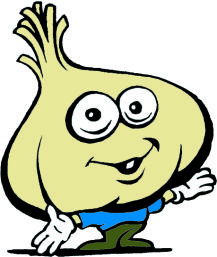 “I’m from Windsor. This is honestly the best sauce you’ll ever try!! Amazing with fries and on burgers! You can use it on anything really. When everything gets back to normal, you guys need to come and eat at Bubi’s Awesome Eats here in Windsor. It was featured on the Food Networks “You’ve gotta eat here” Everything on the menu is amazing!!“